Large crane models need large slewing bearings. The standard Lego Technic turntable proved to be unable to deal with the tipping moment that occurs when lifting a weight or even when fully topping out the jib of a large crane.

In my model of a Figee crane I used a standard turntable, created a flat surface under the upper carriage of the crane and added 4 wheels under the carriage travelling in a circle over that flat surface.
I learned from the internet that other builders succesfully used monorail tracks, but these were way too big for the scale I had in mind. Another idea I found was using Hailfire droid gear wheels, from set 4481 as a slewing bearing.

These sets are quite rare in The Netherlands, but I was lucky to buy one from a guy in Germany, via E-bay.
I decided to use wedge belt wheels to run between the upper and lower bearing halves. To achieve smooth running I had to keep them at equal distances from each other, but this created a new problem: the “gutters” in the hailfire droid gear wheels are too deep, so the axle connectors (black on the photo) touch the rim of the gutter. 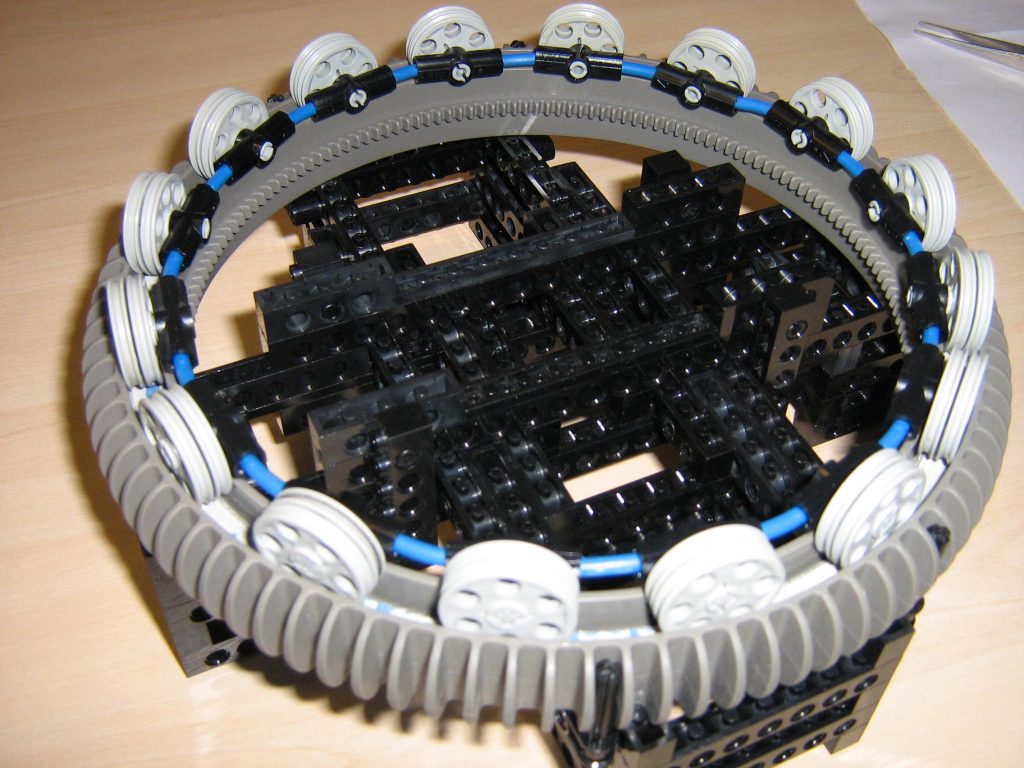 I solved this by laying 2 packing rings of almost 2 mm each in the gutters. By the way, the blue distance parts between the wheels aren’t Lego either, but insulated electric wire. This must be terrible for the real Lego puritans.

The wheels now turn very smoothly, even with the other bearing halve on top.
The hail fire droid gear wheels have no connecting point for other parts, so if used in a crane, they will have to be held together somehow. They are centered with 4 axles which fit nicely in the outside gear ring as can be seen in the photo’s above, which show the upper bearing halve upside down, with some of the construction of the upper part of the crane already in place.

Some more details below: 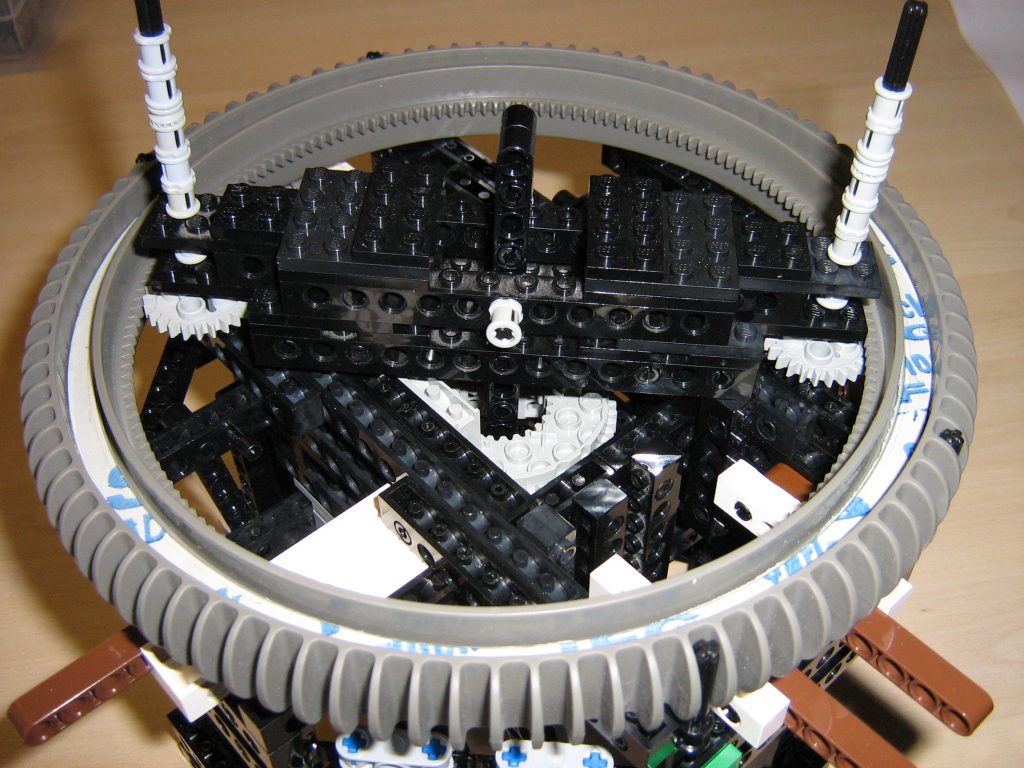 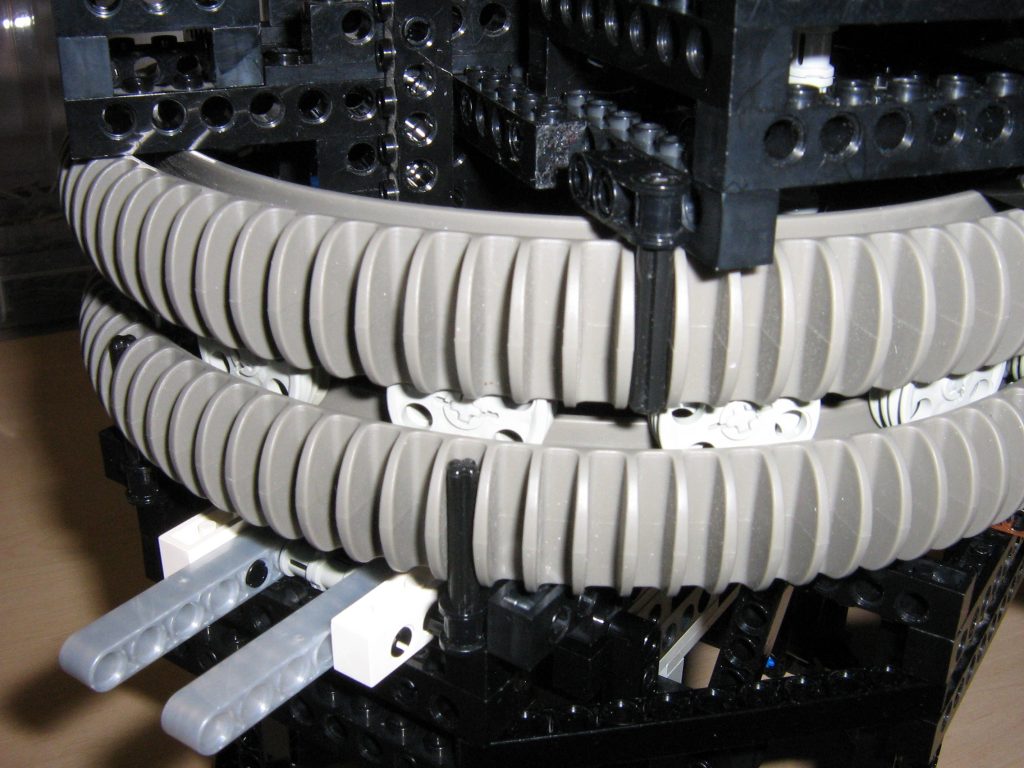 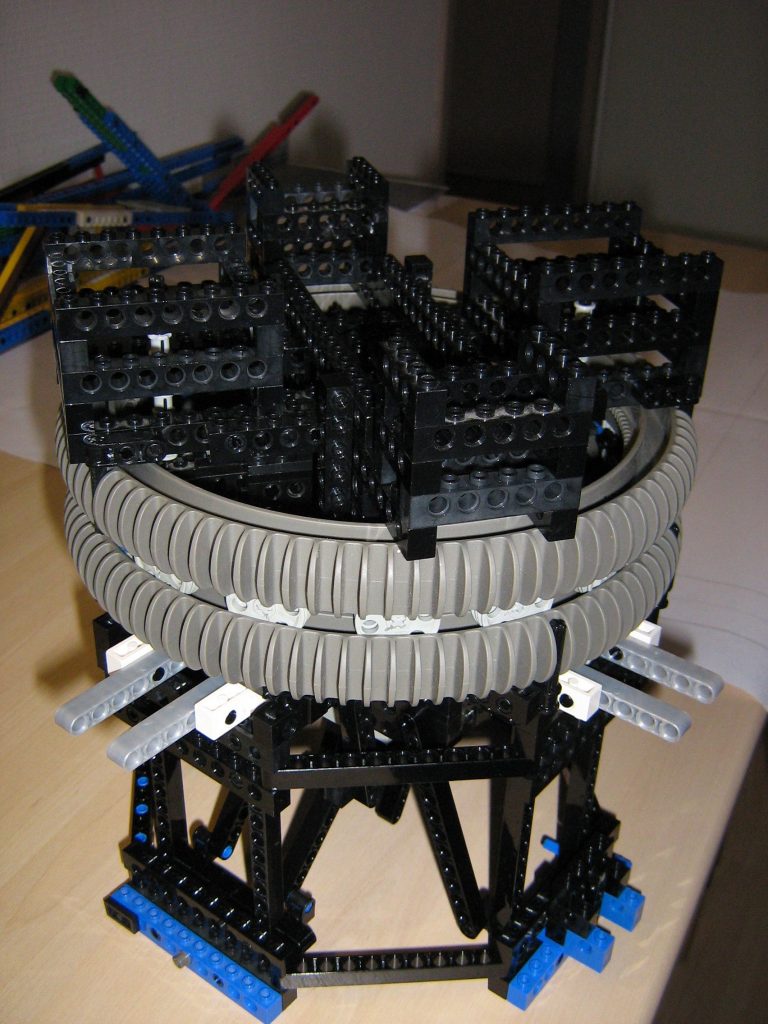